The International Biomedical Research Alliance, in collaboration with the Lasker Foundation, invited six students from the NIH Oxford-Cambridge/WT Scholars Program to attend the 2018 Lasker Awards in New York City. The scholars attending included Megan Ansbro, Brian Caffrey, Justin Demmerle, Joseph McAbee, Juan Pablo Ruiz and Lynda Truong, who were selected by the NIH OxCam Program and are all in the final stage of gaining their PhDs. NIH OxCam alumna Adoja Smalls-Mantey was our special guest at the awards. Dr. Smalls-Mantey graduated in 2013 and is currently a 4th year psychiatry chief resident at Mount Sinai Hospital Adult Psychiatry Residency Program in NYC.

On the morning of the Awards, the scholars were invited to attend Breakfast at Lasker – an intimate gathering of the 2018 Lasker Laureates, the NIH Oxford-Cambridge Scholars, the Lasker Clinical Research Scholars, and winners of the 2018 Lasker Essay Contest. Moderated by Jordan Gutterman, M.D., the breakfast was a roundtable discussion where the young scientists freely posed questions about everything from career paths and changes to diversity and inclusion, as well as inquiries geared to individual discoveries and advancements in science and medicine. Lasker Award winner David Allis of Rockefeller University discussed the importance of choosing the right lab environment. He spoke about how he mentors and supports the people in his lab and how each of the laureates at the table hold that standard. The importance of quality mentorship and serendipity was emphasized by Lasker Award winner Joan Steitz who spoke about her early years working with an outstanding mentor and previous Lasker Laurette Dr. Joseph Gall.  His influence was pivotal in her realization that a career in science was obtainable at a time when female role models in science did not exist for her generation.

“I don’t know if you pick the serendipitous moment or if it picks you,” said Lasker Laureate Michael Grunstein of UCLA. His work in graduate school provided the training for the next steps in his career, allowing him to succeed as a post doctoral fellow and further when he became a faculty member. After we discussed the laureates’ serendipitous moments, we also discussed career paths. Laureate Iain Glenn had a unique path, starting his career in veterinary medicine and following his discovery of propofol to industry. He looked up to Lasker Laureate James Black, who followed a similar path as both held careers at Imperial Chemistry Industries. It was so inspirational to hear about past Lasker laureates influencing the next generation of Lasker laureates.

However, the extraordinary experiences did not end there. Following breakfast, the scholars took photographs with the 2018 winners and began to meet with the current and past Lasker laureates, as well as a multitude of decorated scientists and notable guests arriving to attend the awards ceremony. “Today’s about the men and women who make a difference and we honor the discoveries concerning histone modifications and gene expression, the development of the widely-used anesthetic propofol, and leadership in RNA biology and in scientific mentorship,” said Lasker Foundation President Claire Pomeroy in her welcome.

“Simple experimental systems, yeast and Tetrahymena have a rich history in biology, yielding countless fundamental insights that justify the public support of curiosity-driven research- providing insight on human health and disease,” Rick Lifton shared in introducing  Grunstein and Allis’ discoveries. The 2018 Albert Lasker Basic Medical Research Award honored the two scientists for discoveries that have elucidated how gene expression is influenced by chemical modification of histones, the proteins that package DNA within chromosomes. Michael Grunstein said, “I’ve struggled with the question of how to advise young scientists, since there is no one path to scientific discovery and it is often the discovery of the path itself that makes us so excited to pursue science.” This statement inspired the audience and impacted the scholars.

The 2018 Lasker~Koshland Award for Special Achievement in Medical Science honored Joan Steitz who has spent four decades of leadership in biomedical science—exemplified by pioneering discoveries in RNA biology, generous mentorship of budding scientists, and vigorous and passionate support of women in science. “A final surprise has been finding that it is almost as fun to share the joy of discovery with a younger colleague as doing it oneself. I have been immensely privileged to work with very talented younger scientists and I owe this great honor to them!” said Dr. Steitz.

“The ubiquitous use of propofol and its benefits to hundreds of millions of patients are due to Lasker laureate Iain Glenn’s persistence in bringing propofol to fruition over many years, despite skepticism at each step,” said Lucy Shapiro. The 2018 Lasker~DeBakey Clinical Medical Research Award honored John B. (Iain) Glen (retired from AstraZeneca), who discovered and developed propofol, a chemical whose rapid action and freedom from residual effects have made it the most widely used agent for induction of anesthesia in patients throughout the world. In 2016, the World Health Organization deemed propofol an “essential medicine” and, at the time of that decision, more than 190 million people had received the drug. 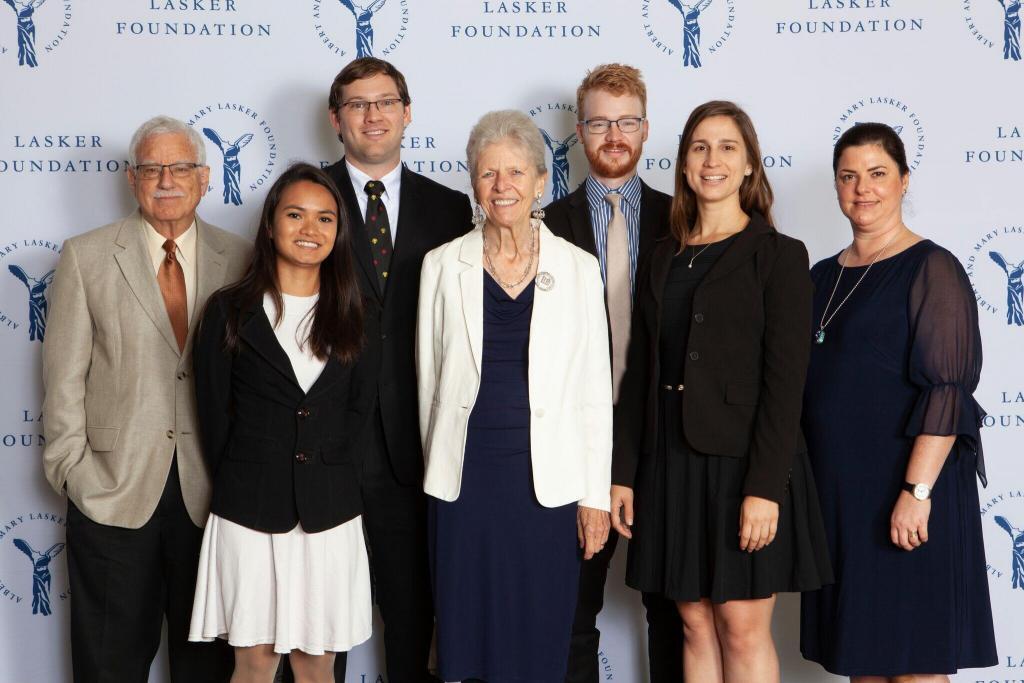 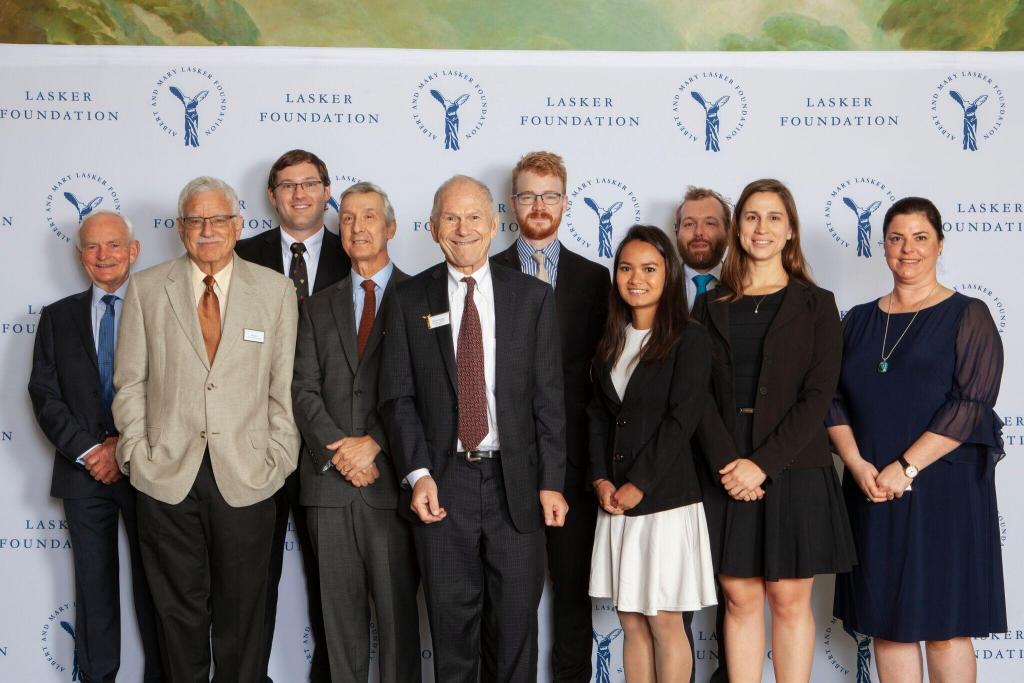 We gratefully thank the Albert and Mary Lasker Foundation for the opportunity to allow the scholars to attend the prestigious Lasker Awards. The future of biomedical research depends upon these serendipitous moments that could not be achieved without exceptional collaborators with an eye on the next generation of scientists.