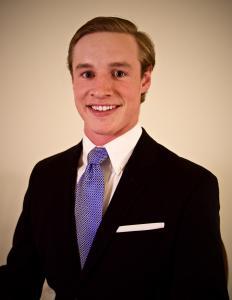 Certara®, the leading provider of decision support technology and consulting services for optimizing drug development and improving health outcomes, announced on Septemter 22, 2016 that the first Certara Biomedical Research Scholarship has been awarded to the National Institutes of Health (NIH) National Center for Advancing Translational Science (NCATS) on behalf of postgraduate oncology research student David Morse, MPhil, and the research he is conducting in the laboratory of Craig Thomas, PhD.

“We are delighted to support Mr. Morse’s ovarian cancer research and the NIH Oxford-Cambridge Scholars Program in which he also participates,” said Certara CEO Edmundo Muniz, MD, PhD. “At Certara, we are committed to scientific education and to leveraging modeling and simulation to develop novel therapies for cancer. This scholarship, along with our recent appointment of Adam Darwich, PhD, as the first Certara Lecturer in Precision Dosing at The University of Manchester in England, affirm our beliefs in education and innovation.”

Modeling and simulation have proven to be beneficial in determining the best dosing strategies, the potential for drug-drug interactions with multiple drug combinations, and identifying biomarkers that predict antitumor activity.

Mr. Morse is using microfluidic-based, single-cell RNA sequencing, “drop-seq,” to explore the cellular heterogeneity of ovarian cancer spheroids and reveal parts of their transcriptome that may be expressed, functional and targetable.

“These spheroids remain within patients after surgical resection of primary ovarian cancer tumors, and are thought to lead to relapse and further cancerous growths. Because of their diffuse locality within the abdomen, the most appropriate form of treatment is chemotherapy,” said Mr. Morse. “We hope to reveal the unique genomic makeup of these spheroids so that they can be effectively targeted and treated by chemotherapies.”

The American Cancer Society estimates that during 2016 about 22,280 women will receive a new diagnosis of ovarian cancer and about 14,240 women will die from the disease. Ovarian cancer ranks fifth in cancer deaths among women. A woman’s risk of getting ovarian cancer during her lifetime is about 1 in 75.

Mr. Morse’s previous research focused on the development of nanomedicines to deliver multimodal therapies to tumors. However, he discovered that the primary limitation with oncological nanomedicines is their inability to exclusively target and localize therapies to tumor sites. He believes that single-cell sequencing of cancer tumors is one of the most promising ways to advance active targeting by revealing the genomic identities of the individual tumor cells.

NIH Oxford-Cambridge Scholars join an accelerated MD/PhD program for postgraduate medical research students and typically graduate two years early. Each Ox-Cam scholar has a mentor at the NIH and another one at either the University of Oxford or Cambridge in the UK. Mr. Morse’s mentors are Dr. Craig Thomas at NCATS and Professor Tuomas Knowles in the Department of Chemistry at Cambridge University. Mr. Morse also received a 2015-16 Fulbright Scholarship and a Whitaker Fellowship to complete his MPhil in nanoscience at the University of Cambridge.

The Certara Biomedical Research Scholarship is administered by the International Biomedical Research Alliance in Bethesda, Maryland. The Alliance’s mission is to support the NIH Oxford-Cambridge Scholars Program and associated global PhD and MD/PhD training programs based in the Intramural Research Program of the NIH, America’s largest biomedical research organization. Its goal is to assure the financial viability and scientific excellence of the scholars’ program by supplementing government funding. The Alliance supports program events and scholarships designed to enrich the program and broaden the perspectives of its highly selective students as they train to become the next leaders in biomedical research.